Things to know before travelling to Turkey Before coming to Turkey for vacation, there are many things that you should know about Turkey.

Location: southwestern Asia (that part west of the Bosporus is sometimes included with Europe), bordering the Black Sea, between Bulgaria and Georgia, and bordering the Aegean Sea and the Mediterranean Sea, between Greece and Syria

Maritime claims:
exclusive economic zone: in Black Sea only: to the maritime boundary agreed upon with the former USSR
territorial sea: 6 nm in the Aegean Sea; 12 nm in Black Sea and in Mediterranean Sea

Natural hazards: very severe earthquakes, especially in northern Turkey, along an arc extending from the Sea of Marmara to Lake Van

National holiday: Anniversary of the Declaration of the Republic, 29 October (1923)

Executive branch:
chief of state: President Ahmed Necdet SEZER (since 16 May 2000)
head of government: Prime Minister Bulent ECEVIT (since 11 January 1999)
cabinet: Council of Ministers appointed by the president on the nomination of the prime minister
note: there is also a National Security Council that serves as an advisory body to the president and the cabinet
elections: president elected by the National Assembly for a seven-year term; election last held 5 May 2000 (next scheduled to be held NA May 2007); prime minister and deputy prime minister appointed by the president
election results: Ahmed Necdet SEZER elected president; percent of National Assembly vote – 60%

Judicial branch: Constitutional Court, judges appointed by the president; Court of Appeals, judges are elected by the Supreme Council of Judges and Prosecutors

Flag description: red with a vertical white crescent (the closed portion is toward the hoist side) and white five-pointed star centered just outside the crescent opening.

Economy—overview: Turkey has a dynamic economy that is a complex mix of modern industry and commerce along with traditional village agriculture and crafts. It has a strong and rapidly growing private sector, yet the state still plays a major role in basic industry, banking, transport, and communication. Its most important industry—and largest exporter—is textiles and clothing, which is almost entirely in private hands. The economic situation in recent years has been marked by rapid growth coupled with partial success in implementing structural reform measures. Inflation declined to 70% in 1998, down from 99% in 1997, but the public sector fiscal deficit probably remained near 10% of GDP—due in large part to interest payments which accounted for 42% of central government spending in 1998. The government enacted a new tax law and speeded up privatization in 1998 but made no progress on badly needed social security reform. Ankara is trying to increase trade with other countries in the region yet most of Turkey’s trade is still with OECD countries. Despite the implementation in January 1996 of a customs union with the EU, foreign direct investment in the country remains low—about $1 billion annually—perhaps because potential investors are concerned about still-high inflation and the unsettled political situation. Economic growth will remain about the same in 1999; inflation should decline further.

Illicit drugs: major transit route for Southwest Asian heroin and hashish to Western Europe and—to a far lesser extent the US—via air, land, and sea routes; major Turkish, Iranian, and other international trafficking organizations operate out of Istanbul; laboratories to convert imported morphine base into heroin are in remote regions of Turkey as well as near Istanbul; government maintains strict controls over areas of legal opium poppy cultivation and output of poppy straw concentrate

2 thoughts on “Useful Information about Turkey” 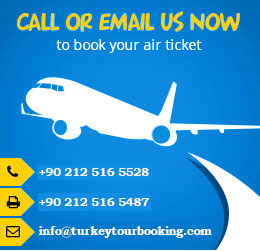 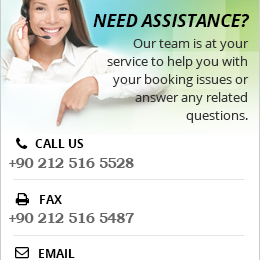 Turkey Tour Booking offers all sorts of Turkey tours and travel packages with varied duration, where we have bundled together some of our most popular tours. Overnight and multi-day tours have accommodation included.

We are member of TURSAB

We are a registered Association of Turkish Travel Agencies (TURSAB) in Turkey. License No:8688

To receive our best monthly deals